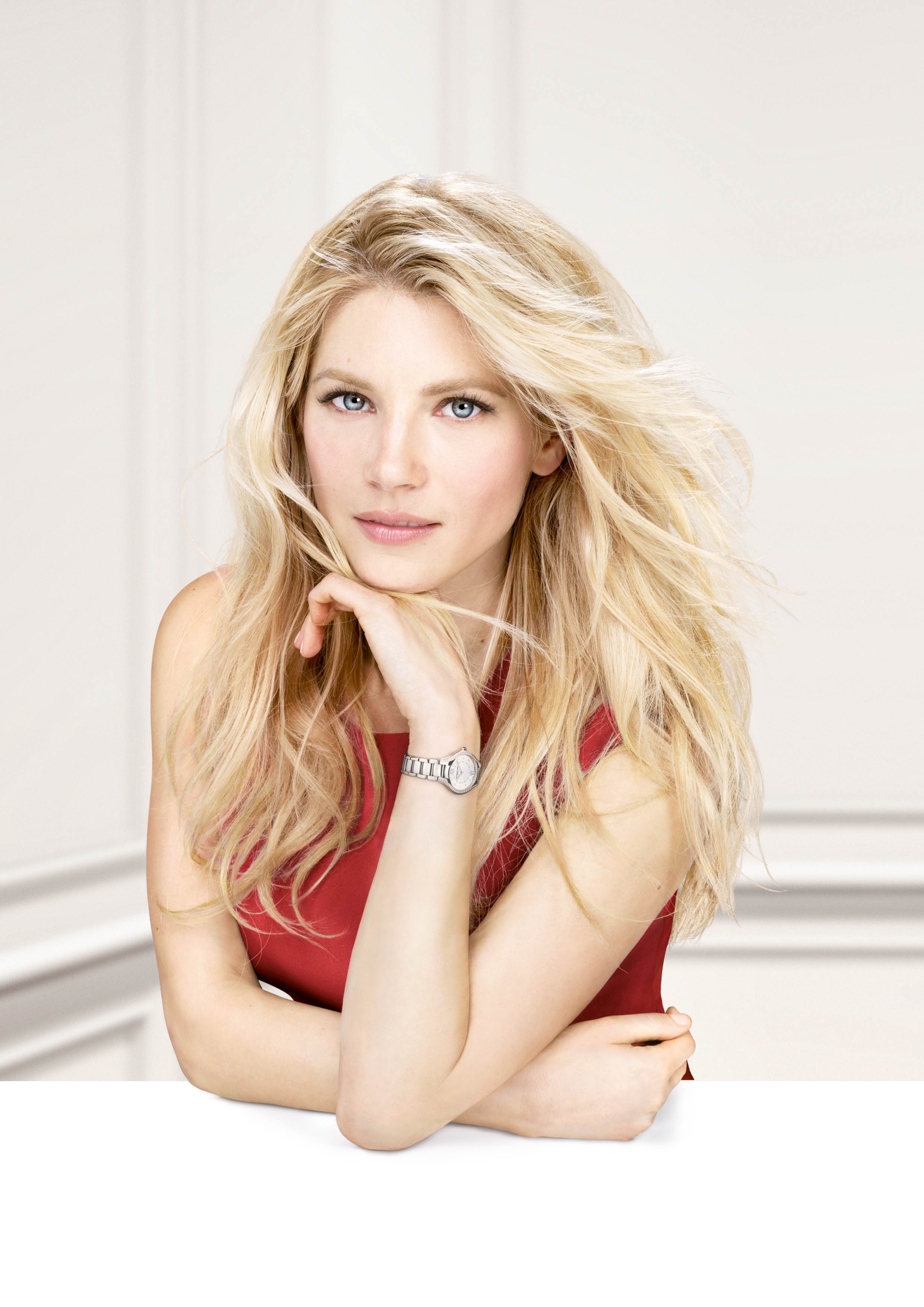 As a brand deeply involved in the Arts from which it has been drawing its inspiration since its early days, RAYMOND WEIL is thrilled to count acclaimed TV series Vikings’ leading star Katheryn Winnick as its new Brand ambassador. Her natural beauty, dynamic presence and undisputable charisma make her the perfect match for the independent Swiss watchmaker.

Canadian-born Winnick is a diverse and talented actress who has guest-starred in numerous television shows including House M.D, Bones, and Criminal Minds and appeared in several films including Love & Other Drugs. She can next be seen in the Warner Bros. feature film Geostorm. Winnick is best known for her leading role as ‘Lagertha,’ on History Channel’s Vikings, now in its fourth season. Her role on the show has garnered her a “Best Supporting Actress” nomination at the 2015 Television Critics Choice Awards and a “Best Performance by a Lead Dramatic Actress” nomination at the 2014 Canadian Screen Awards.

A self-made woman with a strong personality and free spirit, Winnick is an accomplished martial artist who has achieved a third-degree Black Belt in Tae Kwon Do and a second degree Black Belt in Karate. After completing her university education in Toronto, Canada, she went on to successfully pursue an acting career in New York and Los Angeles.

“We first met Katheryn Winnick on the set of the fourth season of Vikings and immediately became inspired by her strength of character and innate beauty. She perfectly embodies our feminine collections and we are delighted to welcome her as our new Brand ambassador”, says Elie Bernheim, CEO of RAYMOND WEIL.

“I am very excited about this partnership as RAYMOND WEIL shares a similar passion in celebrating the Arts, strength and beauty in women. The Brand offers elegant timepieces, which reflect style and individual personality. I am an active woman, constantly traveling and on the go. I need a watch which accessorizes and can be worn with many different outfits. RAYMOND WEIL is that Brand – beautiful watches for the active, modern woman”, declares Katheryn Winnick.

RAYMOND WEIL unveils Katheryn Winnick as the face of the Brand’s feminine collections, including the noemia collection, a range of timepieces that capture elegance and understated timeless style with a touch of contemporary. Innocent and delicate yet mature and extremely feminine. The noemia collection reflects the modern woman while preserving its values, a challenge that RAYMOND WEIL has once again successfully assumed.