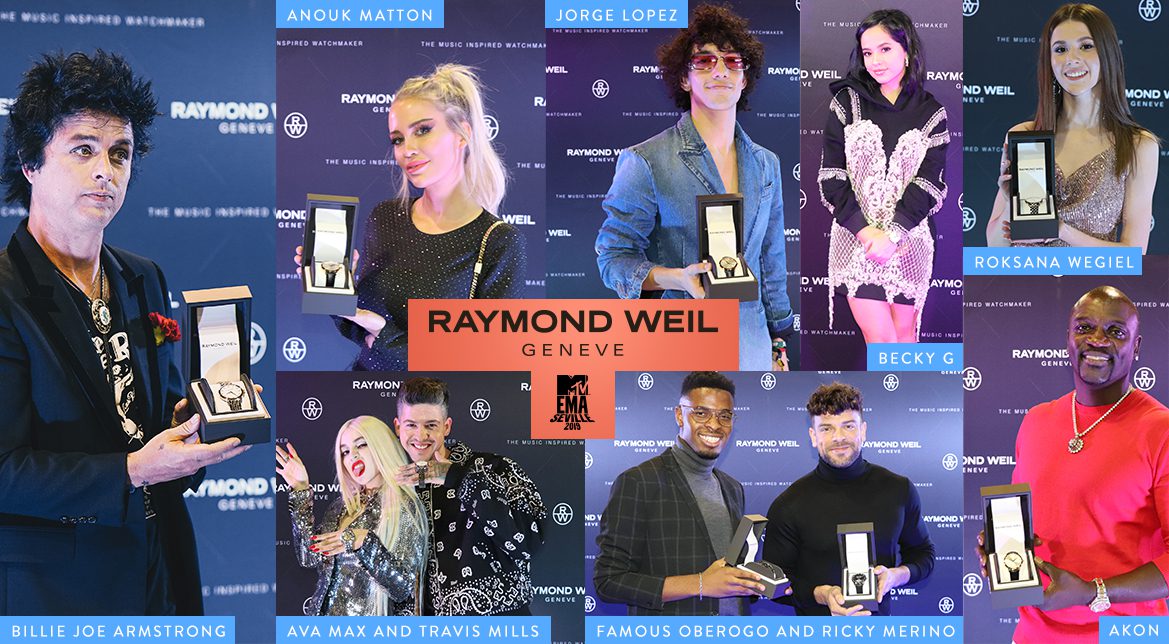 Since its creation, luxury Swiss watchmaker RAYMOND WEIL has been deeply inspired by music and the arts. Now, RAYMOND WEIL continues its support of the music industry by partnering with the MTV EMA Awards 2019 in Seville.

RAYMOND WEIL was appointed the official supplier of exclusive gifts to international artists at the MTV EMA’s 2019 in Seville. The MTV EMA’s are one of the most prestigious music events around the world present in more than 195 countries and shown on TV in more than 450.000 homes.

In this annual music ceremony, RAYMOND WEIL named the Singer, songwriter and actress Becky G as Friend of the Brand. She has toured alongside Katy Perry, Demi Lovato, J Balvin, Fifth Harmony and Jason Derulo and has recorded collabs with Pitbull, Daddy Yankee, Bad Bunny, Yandel, and CNCO, among others. Becky was recently honored by her home city of Inglewood, California for her contributions to the Hispanic community. Recognized as one of Rolling Stone’s, “18 Teens Shaking Up Pop Culture” and one of Billboard’s “21 Under 21” Becky’s unrivaled work ethic paired with her singing, acting, writing, and production talents make her a major force to be reckoned with.

Becky G chose a two tones model from the new toccata ladies collection, which highlights the spirit of a modern and dynamic woman.

“RAYMOND WEIL is delighted to celebrate once again the partnership with the MTV EMA’s and glad to welcome Becky G as new Friend of the Brand. Becky G’s determination and passion of music grew her into the superstar she is today. It is these qualities that resonate with the toccata collection and make Becky G a perfect representative for the brand, as music continues to be a significant part of the RAYMOND WEIL DNA”, commented Elie Bernheim, CEO of RAYMOND WEIL.