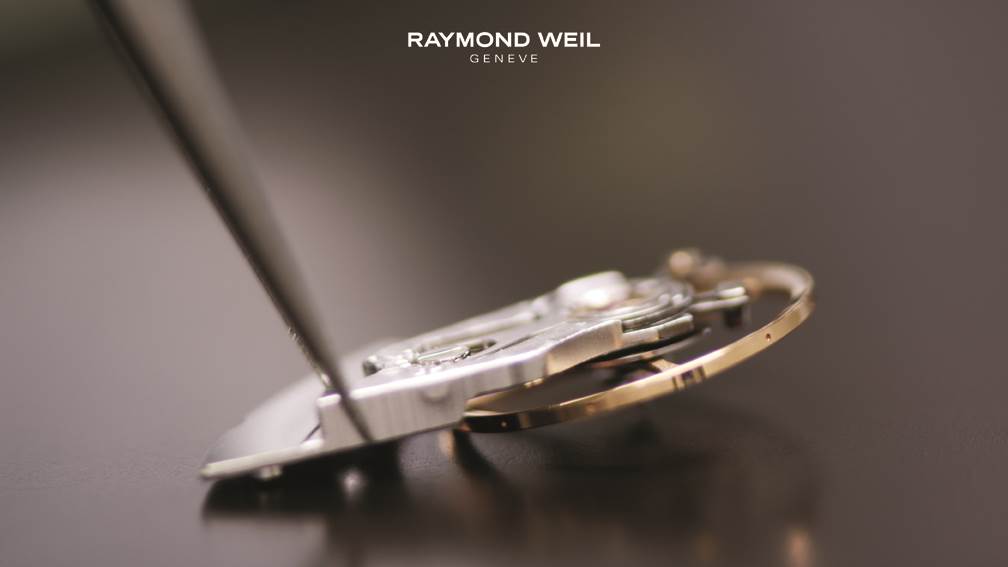 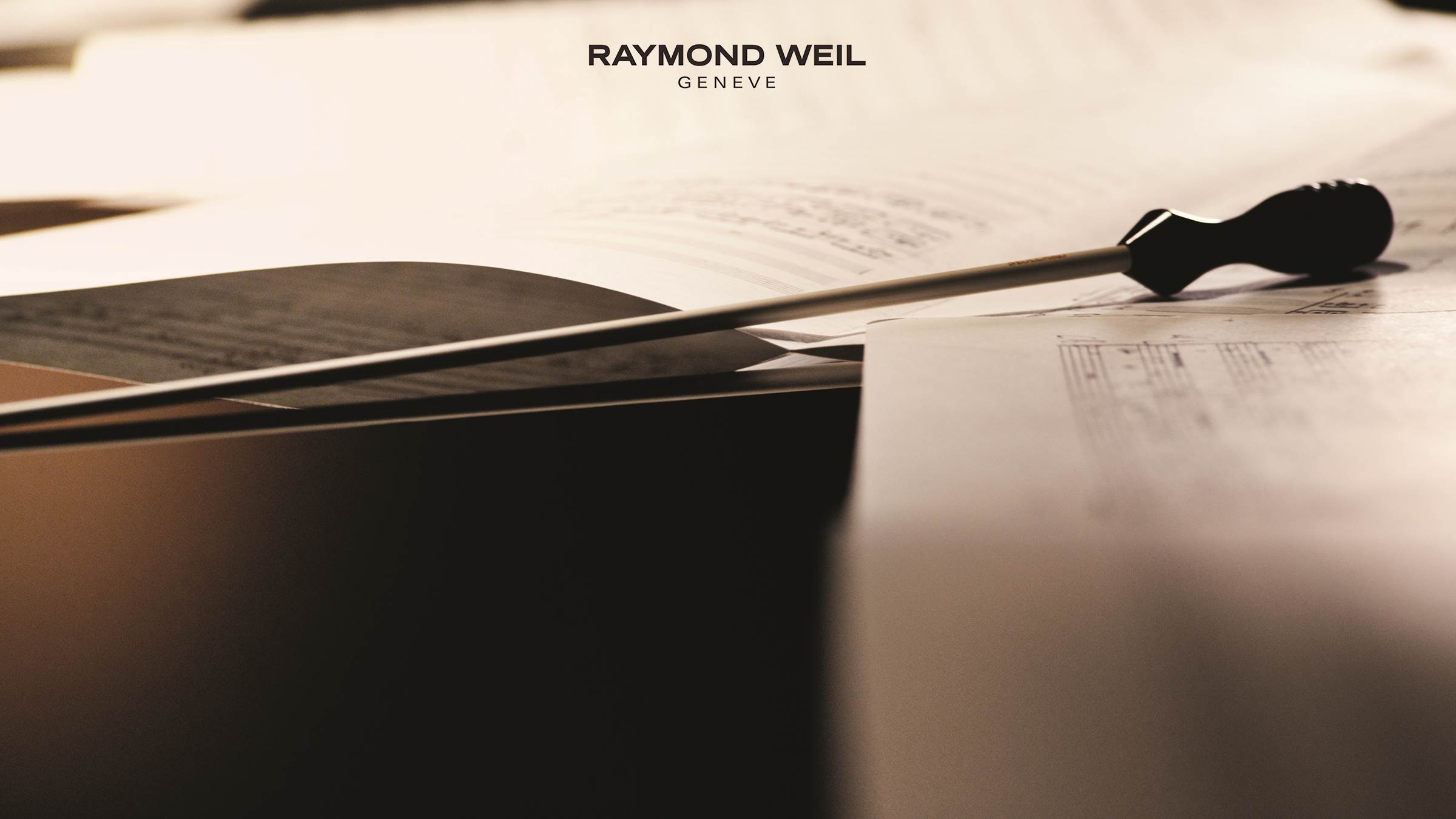 A few days before the official opening of Baselworld. Like musicians tuning up their most beautiful instruments, RAYMOND WEIL staff is working at a brisk tempo, making the final preparations for what is going to be the musical masterpiece of the year. It is on the occasion of this inescapable watchmaking event, that the family Brand will unveil its new stand…its “music box”. The Swiss watchmaker will also present its new film, in which the fusion of music and watchmaking has never been so complete. More than an inspiration, the music becomes a marketing instrument.

The biggest solid wood cello in the world…this is what visitors will discover as they get close to the watchmaker’s stand. This 9 meter high violin, made up of 59 components – its assembly required over 2000 hours of manual work – is more than a musical instrument; it symbolizes RAYMOND WEIL’s passion for music that has always been the source of its inspiration. “Our watchmaking Company has been involved with music, ever since its foundation. The only thing that was missing was a stand that reflected this…our music box”, confides Elie Bernheim, Director of RAYMOND WEIL Genève. An 8-meter high tree, more precisely a magnolia, stands imposingly opposite the entrance. As a natural element of this structure, it represents the Brand’s loyalty towards its clients.

Thus, this “music box” with its uncluttered lines, constructed from noble materials, wood and aluminum, will provide, as it does each year, the climax to the Company’s symphony, for more than one week. In Hall 1.0, the “Hall of Dreams”, among the big watch brands, RAYMOND WEIL will stand out as a leading light, with its 360m2 ground floor surface area.

From the moment Baselworld opens, visitors will have the chance to discover the new RAYMOND WEIL film. The Brand will take advantage of having all its partners in its music box, in order to present to them its film,

Precision is my Inspiration.

Techniques, aesthetics and loads of emotions: watchmaking and music have so much in common. A homage to that which has always inspired the Swiss Watchmaker, the new film, Precision is my Inspiration, evokes the creation of two masterpieces, the one watchmaking and the other musical – in two universes intimately bound together.
Throughout this film, RAYMOND WEIL confirms its deep attachment to music and illustrates its expertise and know-how: the care that goes into the conceptions, the design and the construction of each watch, is melodiously translated into images. In this way, the Brand portrays the emotional journey intertwined in the process of the creation of a watch or a musical masterpiece.

Precision is my Inspiration, both RAYMOND WEIL’s slogan and the name of its new film, expresses the Brand’s universe. Inspiration is what is found at the basis of each work of art; precision is the indispensable condition required for achieving excellence.

More than a film around a new product, Precision is my Inspiration is designed to inspire the audience, to educate it and convey a message to it. For a long time, RAYMOND WEIL has been demonstrating its skill in playing with different social media, and communicating with its consumers, and now wishes to offer them more than a glimpse of its new timepieces. The film is at the heart of a multi-channel campaign, through which the Brand wishes to unveil its new approach.

The Music that was yesterday’s source of inspiration, today becomes the vehicle of the values, the know-how and enthusiasm of the music loving watchmaker – to the extent that it becomes an integral part of the Company’s marketing. From here on, Elie Bernheim talks of “music” marketing, a concept that allows him to speak both to his partners and his clients at the same time.

Thus, with a new stand resembling a cello, a publicity campaign that highlights its time-pieces playing from music scores and a new film inspired by music, the RAYMOND WEIL Brand has never been more coherent. It is positioning itself as a true Maestro of watchmaking.