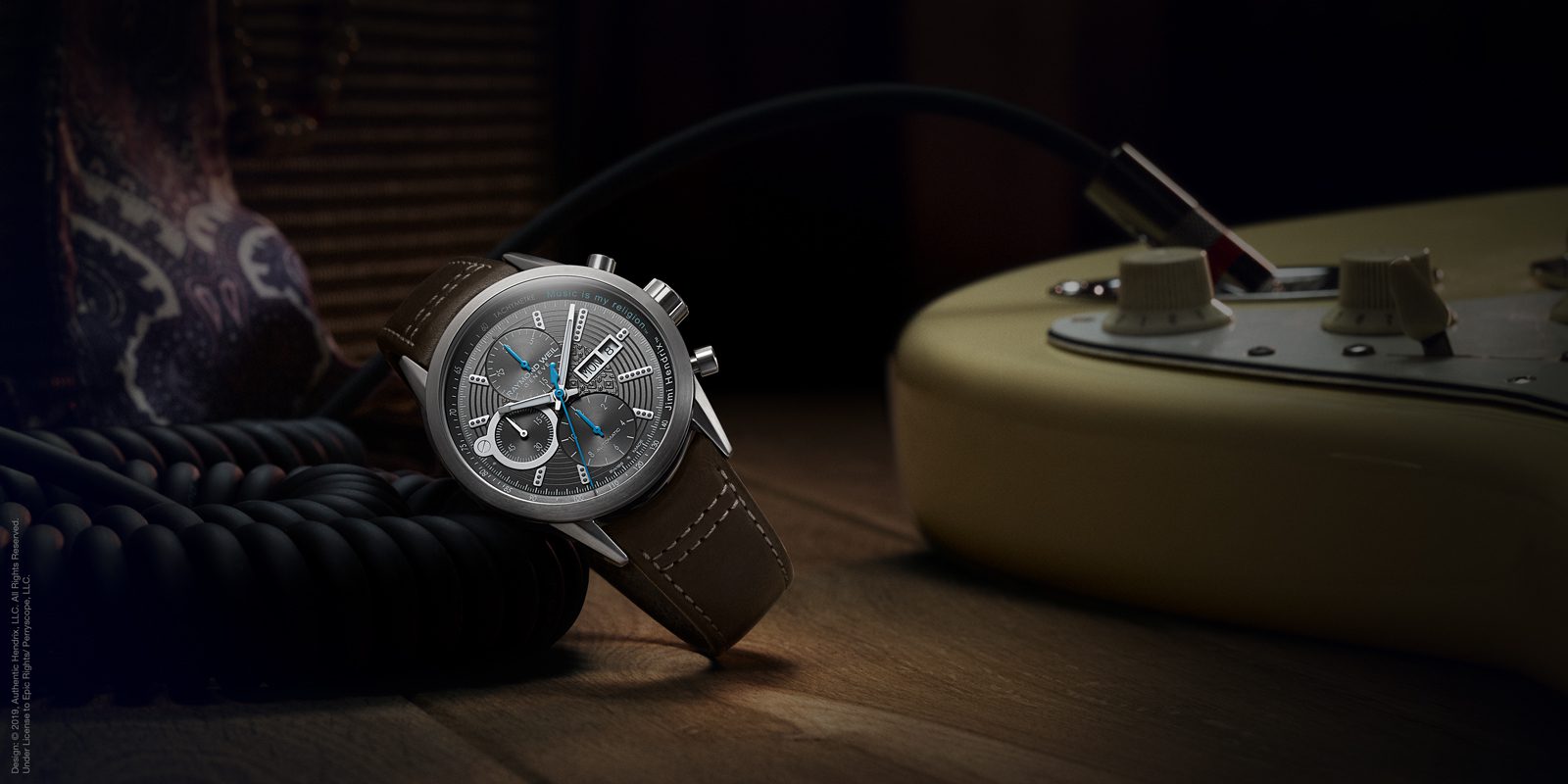 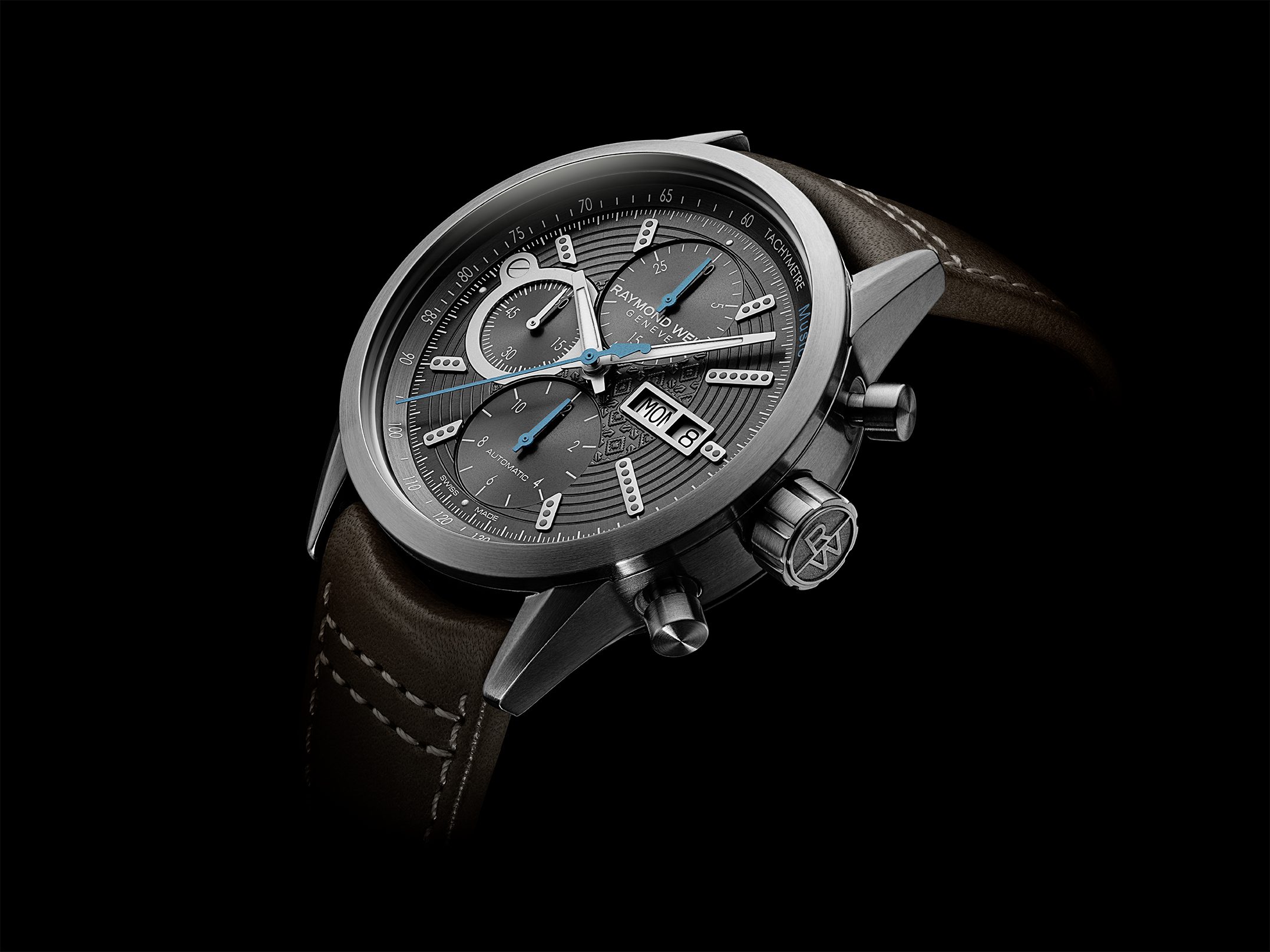 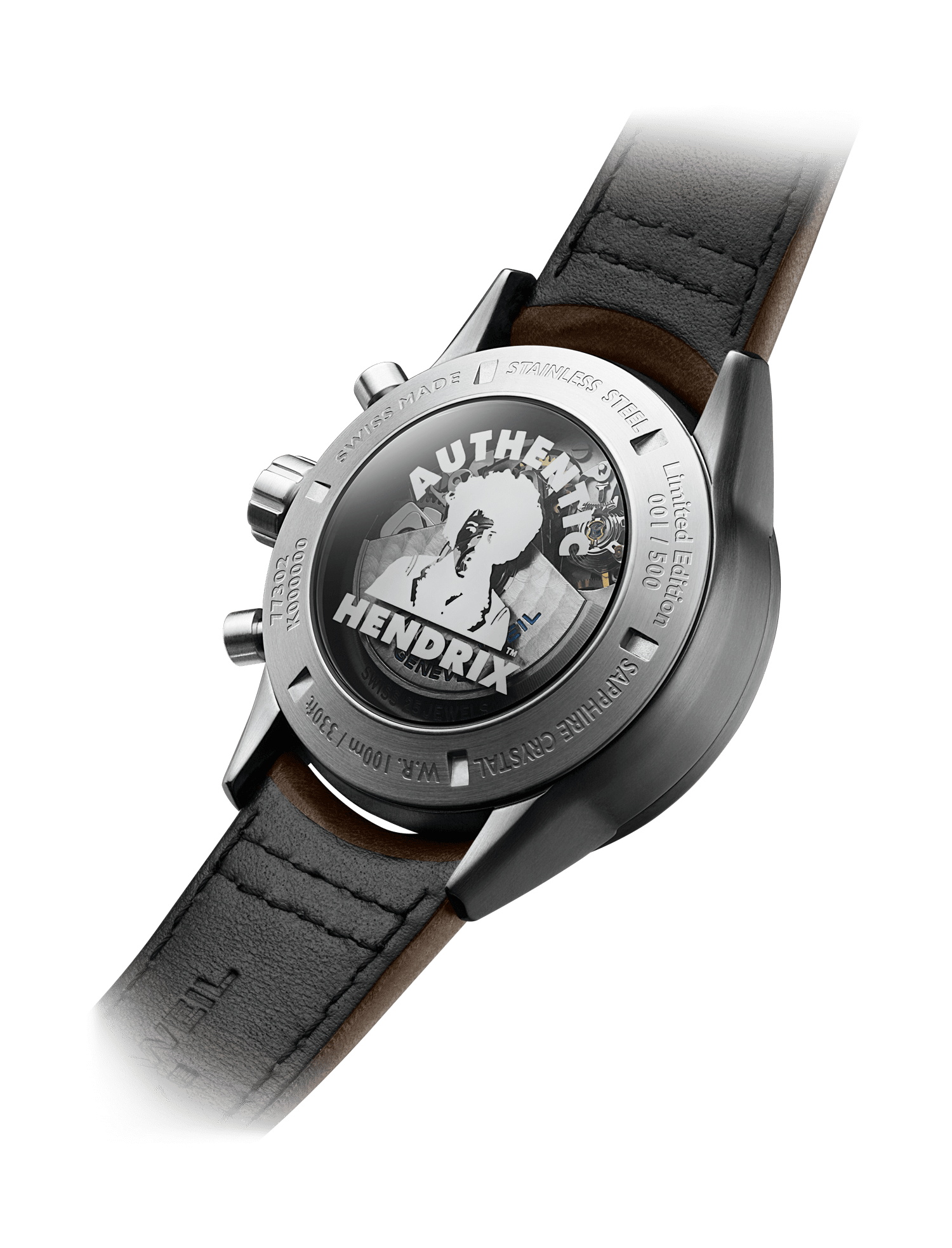 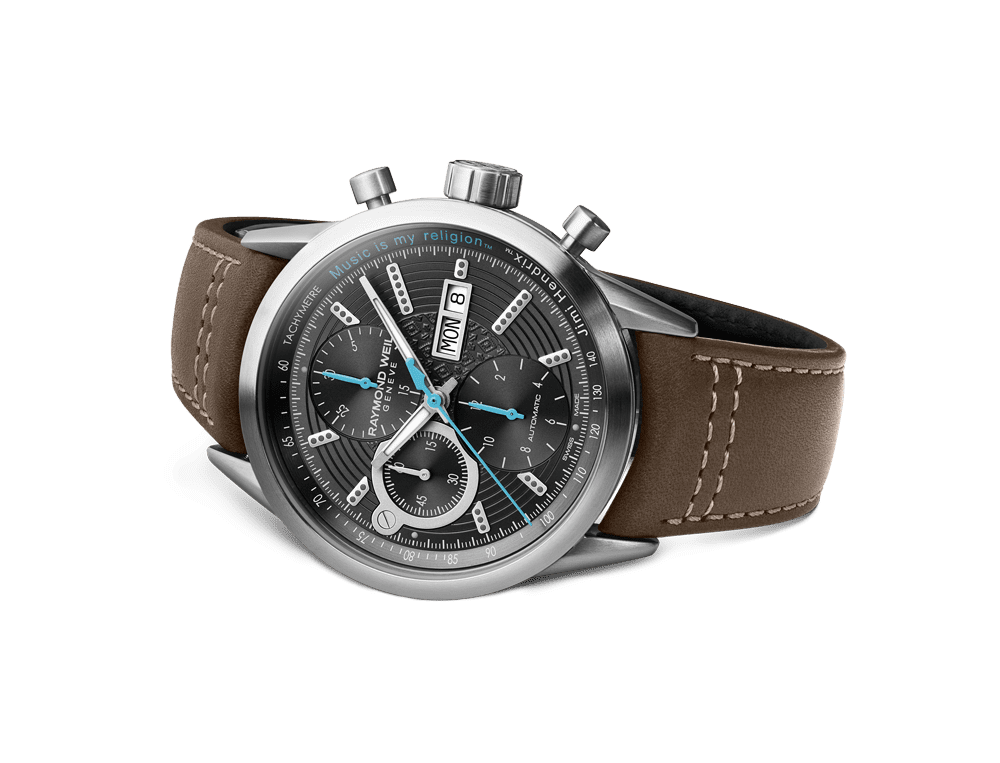 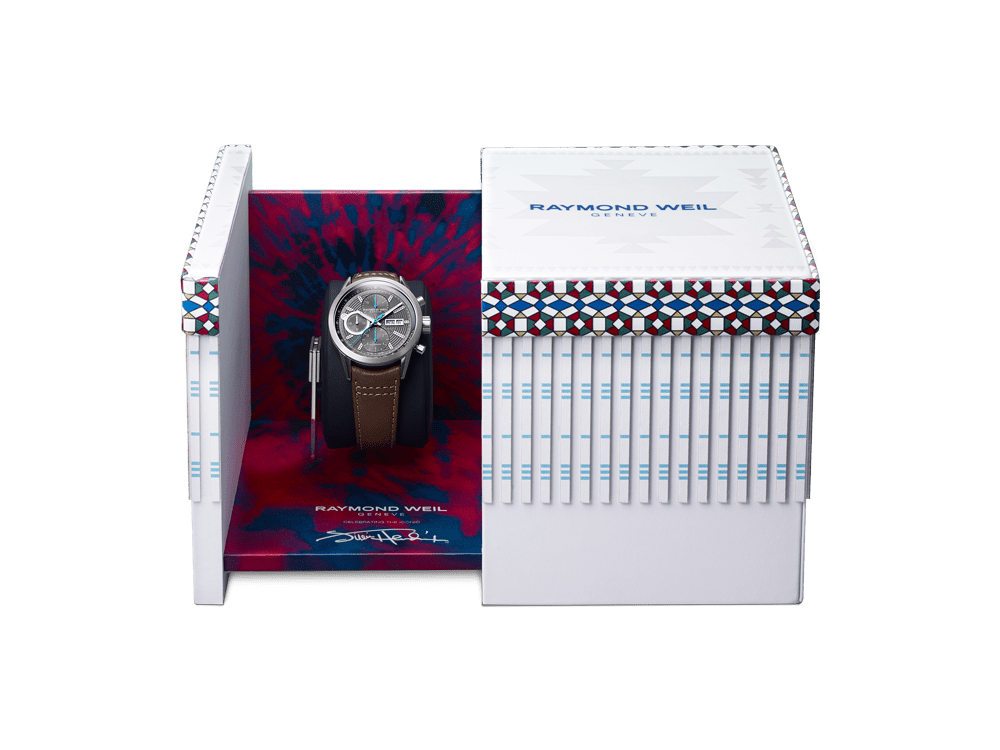 This year marks the 50th anniversary of the famous festival, one of the most pivotal live music events in history, which saw Hendrix perform his renowned rendition of the Star Spangled Banner.

RAYMOND WEIL chose its flagship freelancer collection to capture Jimi Hendrix’s free-spirited attitude and classic trademarks. His famous 1968 white Fender Stratocaster inspired many of the dial’s details, including the nine dotted index markers that mimic the frets on his guitar neck and circular border representing the six guitar strings.

Hendrix was known for his signature left-handed guitar technique, visible in the Fender guitar counter weight design of the second hand. He wore an unforgettable cyan blue ensemble with an Aztec guitar strap on the Woodstock stage; the color is prominently accented on the second and sub-dial hands while the embossed design on the watch face calls attention to the Aztec pattern.

Crafted in Geneva by RAYMOND WEIL’s in-house watchmakers, the timepiece maintains the freelancer collection’s case design in a matte finish, original chronograph push buttons and classic brown leather strap. The tachymeter ring is detailed with the singer’s famous quote, “Music is my Religion” alongside his name, and the case back is finished with the Authentic Hendrix logo, giving his estate’s seal of approval.

“We are honored to work with RAYMOND WEIL in the design of this collector’s item timepiece. The quality and beauty of the piece are impeccable. And it gives the sense that Jimi and his music are timeless,” says Janie Hendrix, sister of Jimi Hendrix and President & CEO of Experience Hendrix L.L.C. “The watch allows Jimi to continue to give us the gift of time.”

“With this latest addition to our Music Icons series, we at RAYMOND WEIL are thrilled to join forces with Authentic Hendrix to honor the world’s greatest guitarist. Music has always inspired our brand and sets an upbeat rhythm for all our new releases”, says Elie Bernheim, CEO of RAYMOND WEIL.

This freelancer is a must-have for any Jimi Hendrix fan. The timepiece is limited to just 500 units worldwide; each with its own numbered case back and certificate of authenticity signed by Jimi’s sister, Janie Hendrix.

Each timepiece is packaged handsomely in a blue and white commemorative box, paying homage to Woodstock. It is completed with a funky tie-dye interior to proudly display your timepiece.